He devoted himself to the great service of Jihad fi Sabillah for more than half a century.
He liberated 70,000 Muslims from Andalusia and brought them to Algeria.
He protected the Mediterranean Sea from Spanish and Portuguese pirates.
He ruthlessly defeated the Crusaders in the Battle of Privilege.
Khairuddin Barbarossa was born in 1460, on the Greek island of Lesbos. He was the youngest of four brothers. Father Yaqub bin Yusuf was a general in the Ottoman army. The mother was of Andalusian descent. Simple family. Politically or socially this family had no authority. Khairuddin’s other brothers are Aruz, Ishaq and Muhammad Ilyas. Khairuddin’s original name was Khasruf.

Living on the island, Khairuddin’s brothers were skilled in navigation. Big brother Aruz had several boats. Initially, the three brothers worked as sailors, but later they began to deal with St. John’s pirates in the Mediterranean. Aruz and Elias operated in the Levant (modern-day Syria and Lebanon) and Khizr in the Aegean Sea. Khairuddin’s main base was Thessalonica. Isaac’s younger brother lived in Greece. Her job was to look after the family business.

Aruz was a very skilled sailor. He was proficient in several languages. On his way back from an expedition in Tripoli, Lebanon, he was attacked by St. John’s pirates. Aruz was taken prisoner. Elias was killed in the clash. Aruj was imprisoned in Bodrum fort for three years. Upon hearing the news, Khairuddin went to Bodrum and helped Aruz escape.

After his release, Aruz went to Anatolia, Turkey. There the Ottoman governor met Prince Korkut. Prince Korkut, aware of his actions, gave him 16 gallons and assigned him the task of fighting the pirates. At that time these pirates were doing a lot of damage by attacking the Ottoman merchant ships. The following year, Aruz was sent on an expedition to Apulia, Italy, in 24 ships. During this operation, Aruj shelled several forts. The pirates captured two ships. In 1503, Aruz captured three more ships. During this time he made the Tunisian island of Jarba his base. Aruz continued to carry out one campaign after another. Once he intercepted two ships of the Pope. However, Aruz became famous for his expeditions to Andalusia and Spain.

In 1492, the Islamic Empire of Andalusia collapsed. Many of Andalusia’s Muslims migrated by sea to Tunisia, Algeria, Morocco, and parts of North Africa. Horrible experience waiting for those who could not escape. They were forcibly converted. These converts were later called Morisco. However, many Muslims outwardly converted to Islam and kept their beliefs secret. They also worshiped in secret. But this opportunity did not last long. They have to face the Inquisition. The Inquisition is an organization established under the Catholic Church whose job was to suppress dissent. Earlier, thousands of Jews were killed in Europe through the Inquisition. After the fall of Andalusia, the Inquisition was introduced here as well. Detectives of the Inquisition roamed the alleys of the city. He would be arrested if he found the Qur’an in someone’s house or if he saw someone worshiping. Even if someone refused to eat pork, or took a bath on Friday, he would be arrested. The court of inquiry was terrible. If there was a complaint in someone’s name, he was not spared. He had to get some kind of punishment. The Inquisition had a lot of terrible equipment to torture. With the help of these they were tortured or buried alive.

When the Inquisition began, Andalusia became like hell for the Muslims. Hell, from which there is no escape.

In 1514, Aruz and Khairuddin attacked a Spanish naval base in the Algerian town of Gizel. The Spaniards were defeated in this battle and fled. Control of the city passed into the hands of Aruz. Considering the military importance of the city due to its location on the sea shore, Aruz made this city its headquarters. Aruz was captured by St. John’s forces during an expedition to Rhodes Island. But he soon escaped from prison and fled to Italy. There the Crusaders captured a ship and sailed for Egypt.

In 1517, Aruz and Khairuddin attacked a Spanish base in the town of Talisman. In this battle the Muslim forces faced stiff resistance. At one point in the battle, Aruz was surrounded by the Spaniards. He was stabbed to death. Aruj looked at the sky and smiled. He became a martyr while reciting martyrdom in Kalima. The Spaniards beheaded Aruz and took him to Europe. His severed head was flown to various cities in Europe. Wherever Aruz’s severed head went, the church bells rang for joy.

The Europeans were happy with Aruz’s death. They thought that the death of Aruz would break the morale of the Muslims. But Muslims are not a nation dependent on individuals. The main thing for them is to hoist the flag, no matter who did it. The death of Aruz brought relief to the Europeans. Little did they know, however, that their relief would be in the air. Soon they will have to face a general who is stronger and wiser than Aruz. In the days to come who alone will take away the sleep of the European forces.

The commander’s name was Khairuddin Barbarossa.

After the death of Aruz, the leadership of the Muslim forces passed to Khairuddin. He has a small navy in his hands. He also occupies large areas of Algeria. If he had wanted to, he could have established his power in Algeria as an independent ruler. He used to spend his days in comfort. The Hafsi sultans of Tunisia were able to consolidate their dominance with the Spaniards, as they did then.

Khairuddin did not go that way. He does not want a comfortable life. Jihad fi sabilillah is the meditation of his life. He often told his companions that it was better to choose Jihad fi Sabillah when death was the last destination. Khairuddin was thinking of the Muslims of Andalusia. He and his brother had earlier freed several Muslims. But many are still in the prison of the Inquisition. Khairuddin wants to free them too. Meanwhile, a fleet of Europeans is sailing in the Mediterranean. Khairuddin wants to crush their pride. But it is not possible to do this with the small forces of Khairuddin. I want a strong ally next to him.

Khairuddin wondered who could be that ally. After much thought, Khairuddin decided that the Ottomans could be the desired ally.

On November 3, 1519, at the behest of Khairuddin, prominent Algerian figures wrote a letter to Sultan Selim I. In the letter, they mentioned the contributions of Aruz and Khairuddin. The details of their war against the Europeans are given. The sultan was then asked to annex Algeria to the Ottoman Empire.

Sultan Selim I had just returned from a tour of Egypt and Syria. He was very happy to receive this letter. He annexed Algeria to the Ottoman Empire. From that day on, a sermon in the name of Sultan Selim was read in Algeria. The Sultan sent 2,000 troops and an artillery to Algeria. Khairuddin was awarded the honorary title of Belarbi. Khairuddin succeeded his brother and was tasked with completing his brother’s unfinished mission.

This is what Khairuddin wanted. He did not want power. He wanted a little help, with which he would run to the persecuted Muslims.

Sultan Sulaiman Al Qanuni came to power after Sultan Selim I. He continued to help Khairuddin like his father.

In 1529, Khairuddin attacked a Spanish fort on an Algerian island. He fired continuously for 20 days. Later the fort fell. The Spaniards fled, many were taken prisoner. In the same year, Khairuddin flew 36 ships to various cities on the Spanish coast and freed many Muslims and brought them to Algeria. Spain was then under Charles V of Romania. Thus Khairuddin conducted several expeditions.

The Andalusians called him Khairuddin. Later this name became famous. Mixed with this name is the history of his outstanding sacrifice for the religion and the ummah. The Europeans named him Barbarossa. The word in Italian means red bearded.

Khairuddin was conducting regular expeditions in the Mediterranean. He continued to defeat one European navy after another. He became irresistible.

Then in 1533 Sultan Sulaiman Kanuni invited Khairuddin to Istanbul. Khairuddin set sail for Istanbul with 44 ships. Curious crowds flocked to the islands where he was traveling. When Khairuddin arrived in Istanbul, he was accorded the status of a state guest. Arrangements were made for him to stay in a palace next to the palace.

Wazir Azam was then staying in Halab. The news of Khairuddin’s arrival in Istanbul disturbed his mind. He also wants to take a look at Mujahid in this case. But due to administrative busyness, he was not able to return to Istanbul. He wrote a letter to the Sultan expressing his interest. Sultan Sulaiman sent Khairuddin to Halab. At the same time, the vizier wrote a letter to Azam asking him to give a reception to Khairuddin and not to make any mistake in entertaining him.

Khairuddin was given a reception at Halab. He later returned to Istanbul. The Sultan appointed him chief of the Ottoman navy (Kapudan-i-Daria). At the same time he was appointed Belarus (Governor) of North Africa. The Sultan presented him with a jeweled sword. Khairuddin was instructed to form a new navy. He was given the responsibility of arsenal and golden horn. Khairuddin started working quickly. In one year 64 ships were built. Khairuddin with his fleet attacked several islands in Italy. Several cities fell to the Ottomans.

Historian Haji Khalifa writes that Barbarossa occupied 12 islands. He made financial gains by attacking 13 more islands. A total of 16,000 people were captured during his operation. Four lakh gold coins were found as ransom.

The Europeans, upset by one attack after another, decided that this time they would launch a final attack on Khairuddin. The Muslim navy will be evacuated from the Mediterranean. Pope John Paul III called the Holy League. The sound of war echoed throughout Europe. The largest navy of the time was formed. This was in the fleet

This great warrior died in Istanbul on 4 July 1548. 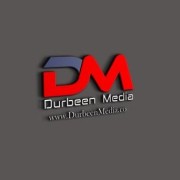